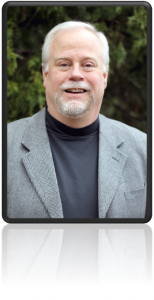 In 1987, he joined the prestigious Four Freshmen, performing with
the Count Basie Orchestra, the Glenn Miller Orchestra and the
Tommy Dorsey Orchestra. His duties in the Four Freshmen included
singing bass vocals, playing keyboards and trumpet/trombone.
In 1988, Kirk Marcy returned to the Pacific Northwest to become the
Director of Soundsation, the internationally acclaimed vocal jazz
ensemble at Edmonds College. Soundsation has the distinction of
being the only choral group to ever be invited to sing with the Count
Basie Orchestra.

A passionate conductor of all styles of choral music, Kirk also directs
the Edmonds College Symphonic Choir. 2021 marks his 34 th year of
teaching at Edmonds College.

Kirk is in demand as a clinician and adjudicator for choral and jazz
festivals throughout the country. He has guest conducted All-State
Concert and Jazz Choirs in fifteen states as well as Canada.
In his spare time, Kirk is a gourmet chef, enjoying cooking Greek,
Thai, Japanese, German and Italian specialties.

Rehearsal tracks were sent to directors. Contact your director for help.