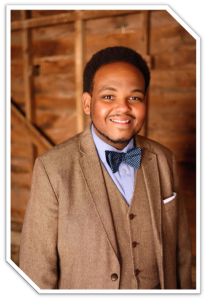 With a love of music as big as his last name, Tesfa Wondemagegnehu has been sharing joy and a vision for equity and justice through song for over a decade. Through a triumvirate of teaching, conducting, and performing, he has found a way to transform both students and audiences and to reach those seeking resolutions of peace, equality, and respect … through music.

Tesfa Wondemagegnehu serves as the conductor of the Viking Chorus and the Chapel Choir at St. Olaf College. He also served as the guest artistic director of one of North America’s Largest LGBTQ+ choirs, Minnesota’s One Voice Mixed Chorus. Tesfa maintains an active voice studio and teaches Music & Social Justice with the goal of helping bridge the gap of social injustice through music, dialogue, and inspiring participants to take action in their communities. Wondemagegnehu previously served as the Director of Choral Ministries at Westminster Presbyterian Church of Minneapolis, where he co-founded the Justice Choir movement with noted composer Abbie Betinis. In the summer of 2018, Tesfa served as guest conductor of the children’s choir at the Aspen Music Festival, leading them in a week-long journey on the Justice Choir Songbook.

Born and raised in Memphis, with an impressive collection of opinions on barbecue, Tesfa learned early on from one of his mentors that “Excellence is never an accident.” And, consequently, he has not left much to chance. Through the love and dedication of music teachers with whom he has studied, and an abundance of grit and determination, Tesfa has risen to be one of the most sought-after conductors and educators in the country and is on the cutting edge of music-related social justice movements throughout the United States.​

Tesfa has conducted and given masterclasses, workshops, and clinics both nationally and internationally. In the fall of 2019, he conducted the National Association for Music Education’s national high school honor choir in Orlando, Florida. In 2017 he co-led the American Choral Directors Association’s national high school honor choir, working collaboratively with Eric Whitacre. In June of 2017, he was named the composer-in-residence for Choirs of America at Carnegie Hall, where he had the opportunity to conduct and lift over 600 voices in singing the world premiere of his composition May the Road. Wondemagegnehu made his Severance Hall debut in 2017, co-conducting with Cleveland Orchestra Chorus Master Dr. Lisa Wong a choir comprising high school students from the Cleveland area, and in 2016 he worked with Los Angeles Master Chorale artistic director Grant Gershon, co-conducting their 1,000 student honor choir in the majestic Walt Disney Concert Hall.

Tesfa holds a Master of Music degree in Choral Conducting and Vocal Performance from the Florida State University and a Bachelor of Music degree in Vocal Performing from the University of Memphis. While teaching high school, Tesfa was named Orange County Public School Teacher of the Year and received the Macy’s National Magic of Teaching Award. This award celebrated an innovative voice program started at Freedom High School in Orlando, where the class participants, who received free voice lessons and vocal coaching, obtained over $3 million in college scholarships from some of the most prestigious music schools in the country.

Wondemagegnehu is the curator and editor of a new choral series with Hinshaw Music Publications and is celebrated as an accomplished arranger and composer. Many of his compositions have been performed by regional choirs and all-state choirs throughout the country.

Tesfa has been inspired by all of his students throughout his career. His latest prodigy, daughter Aïda Hope, born in 2017, is influencing him daily with new developments, all the while wrapping him around her tiny finger. It is still to be determined whether she will be a world-famous opera singer, a renowned conductor, or the ultimate grill master, but, nevertheless, she will be fierce.

American Public Media’s Vaughn Ormseth has this to say about Tesfa: “He believes choral music transformed his life, saved him, so his passion for it is on a cellular level. He loves the formal tradition of the art form, but plugs his own kind of electricity directly into it. He has a millennial’s impatience with systems.” And so, with music’s undeniable power and potential to save lives, and the impatience to wait for others to make change, Tesfa will continue to transform the world with his vision and determination in education, justice, and joy. 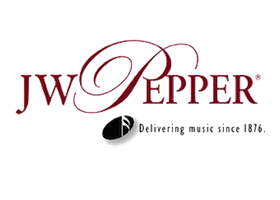 The following piece of music was not included in the JW Pepper Packet and must be purchased as well:

Can’t access files? Too many people downloading? Try clicking on the “_Mirror Directory 2” folder to access them that way.
Tip: To avoid this, download the files you need to your local media library so you do not have to download them every time.